My husband's great-grandfather, Louis Casazza, started a fruit stand in New York City in the early 1890s. He later expanded to a store and occasionally traveled to Italy to order merchandise. On the 4th of July 1898, he, his daughter Rose and brother Giacomo were passengers on the ship La Bourgogne. Early that morning it collided with the British ship Cromartyshire in dense fog off of Sable Island, Nova Scotia, Canada. He perished along with his daughter and brother. This tragedy occurred 14 years before the Titanic. 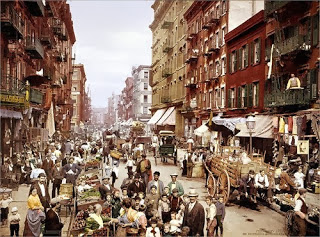 Posted by Lee Casazza at 2:32 PM No comments: 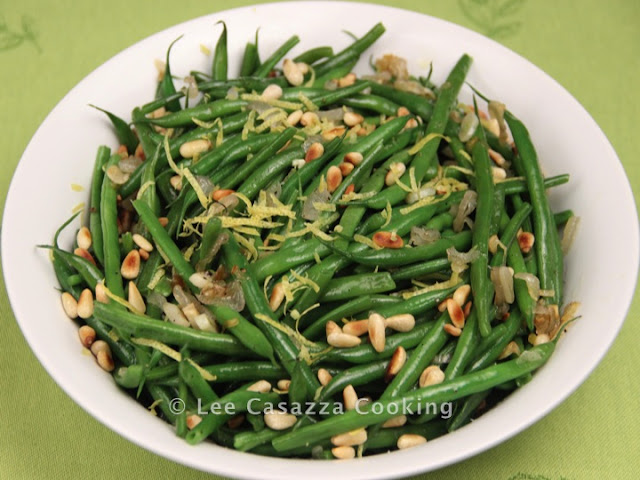 In a deep dry skillet, toast the pine nuts over medium heat until golden.
They can burn quickly so toss or stir them often.
Pour into a small bowl and set aside.

In the same skillet add water to about ¼th full.

Bring to a boil, add a little salt and then add the beans.

Cover and simmer for 5 minutes.
Drain the beans in a colander and set aside.

In the same skillet, add the oil and sauté the shallot for 3 minutes.
Add the garlic and sauté another minute.

Pour the beans back into the skillet with the shallot mixture and heat through while mixing with a spoon.

Add the lemon zest and season to taste with salt and pepper.
Scatter on the toasted pine nuts, spoon into a serving bowl, and serve.

Posted by Lee Casazza at 9:06 AM No comments:

There is something wonderful about the combination of sautéed olives and fennel. Crostini con Olive Nere e Finocchio 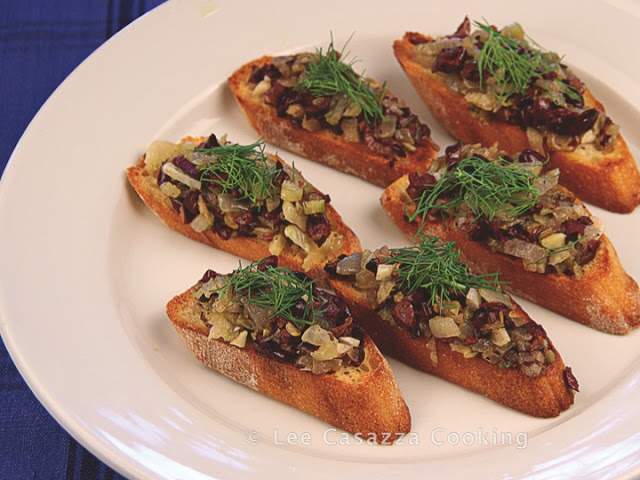 Sauté another couple of minutes; add the black olives and heat through.

Posted by Lee Casazza at 5:07 PM No comments:

The saltiness of the prosciutto, the sweetness of the fig jam and apple, and the creaminess of the melted brie make a delicious and interesting sandwich. I made a couple of small jars of Fig and Orange Jam last summer, but now you can find fig jam in your grocery store. I served these delicious sandwiches with a Greek Salad. Did you know that one Italian sandwich is a panino and two or more are panini? 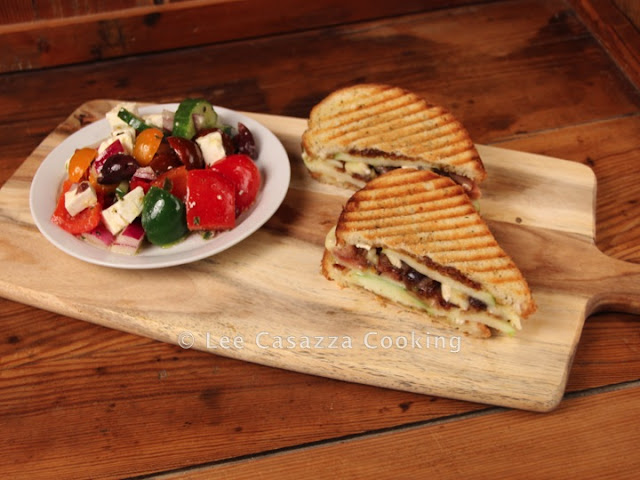 Heat the olive oil in a skillet. Add the sliced shallots and sauté until caramelized, stirring often, about 10 minutes.

Grill in a panini grill or in a cast iron skillet until golden brown and the cheese is melted.

Cut sandwiches in half and serve with a salad or soup.